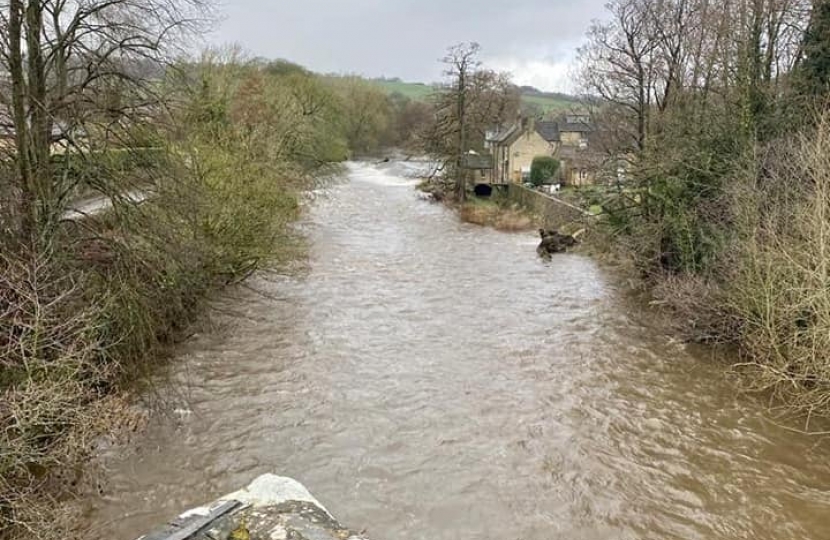 I am committed to ensuring that our rivers and streams in the Derbyshire Dales are kept clean. As you will know, flooding is a serious problem which impacts many Derbyshire Dales constituents, I have visited the rivers in the Derbyshire Dales on numerous occasions and I am aware of the importance of this problem. I have also previously spoken in the House of Commons before about devastating flooding in Bakewell and in this letter I hope to make it clear that voting against Amendment 45 of the Environment Bill does not go against my continued objective of improving river quality and lessening flood damage in the Derbyshire Dales.

Across the majority of the Derbyshire Dales and the UK there is just one system of pipes for both sewage and rainwater. When there are storms, too much rainwater enters the sewerage system that the system can no longer contain it all, the mixed rainwater and untreated sewage then overflows into rivers, otherwise known as storm overflows. Storm overflows were designed to be used during extreme weather to prevent sewers becoming overloaded with a combination of sewage and rainwater. Due to the limits of the current sewerage system, the only alternative would be for storm overflows to instead lead to peoples homes rather than rivers, which risks flooding people’s homes with raw sewage. Climate change has led to increased rainfall and water infrastructure has not kept pace with development growth over decades.

Amendment 45 sought to place a new duty on sewerage undertakers to demonstrate progressive reductions in the harm caused by discharges of untreated sewage. The major problem with Amendment 45 is that it contains no delivery plan nor impact assessment. Estimates for the required infrastructure needed were between £150 billion and £650 billion, which would cause most of the water companies carrying out this work to go bankrupt before finishing the infrastructure changes, of course making the initial issue worse and creating further issues. This is the main reason I voted against Amendment 45.

Furthermore, I would also like to mention that the Environment Bill already contains effective and appropriate legislation that will make the River Wye, the River Derwent and all the other UK rivers healthier, such as;

• A new duty on Government to produce a statutory plan to reduce discharges from storm overflows and their adverse impact, and report to Parliament on progress.

• A new duty directly on water companies to monitor the water quality upstream and downstream of storm overflows and sewage disposal works.

I support the Environment Bill and I support the Governments ongoing action to fix storm overflows, which I am sure you would agree is needed. I hope that I have made clear in this letter that I am committed to improving the health of our rivers and lessening flood damage. Please do not hesitate to contact me if you have any further questions.

Small business owners across Derbyshire Dales have been praised by Sarah Dines for the resilience they have showed during the pandemic and ongoing commitment to the local communities they serve.