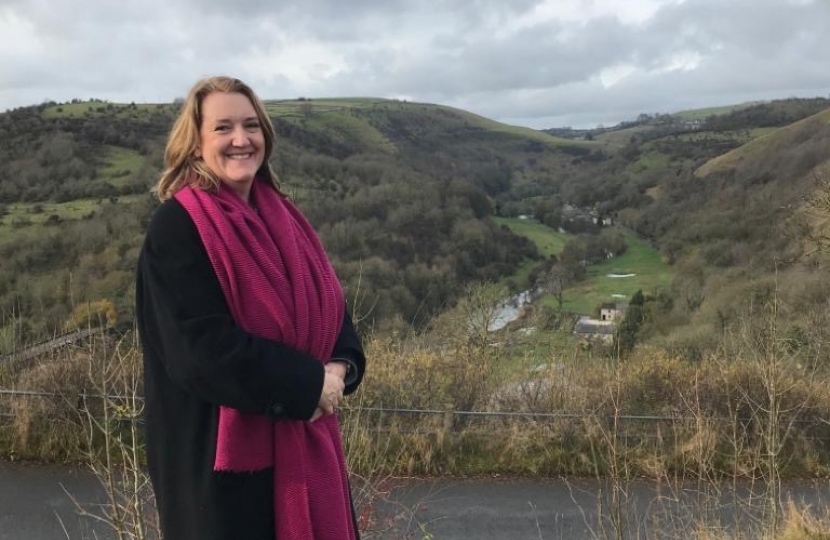 Sarah was born in Billericay, and raised in Basildon, Essex. She attended Chalvedon comprehensive school and completed her A Levels at Basildon College.

Sarah's grandparents on both sides were farmers and small holders, and her parents, were tenant farmers until their tenancy was ended and the land they farmed was taken from them to form part of what then became Basildon new town.

Sarah has been a life-long Conservative and has been a member of the Conservative party since she was a teenager. In her maiden speech on 17 March 2020 Sarah stated: "I am a Conservative by both nature and nurture. I was born into this tribe . . ." Sarah added that her mother canvassed with her in the pram and that she delivered her first Conservative party leaflet at the age of 8. Sarah's father served on Maldon Town Council and her mother was a Conservative councillor on Basildon District Council and was later elected to Maldon Town Council, Maldon District Council as well as an Essex County Councillor, serving as the cabinet member for health and social services.

"I am a living embodiment of Conservative policies. I am a working-class, council house-reared, comprehensive school-educated Conservative—a product of Margaret Thatcher’s blueprint for change. Her vision socially and economically enfranchised millions of individuals across our country, presenting them with opportunities unavailable to previous generations. I am one of those people. This country needs to continue to level up."

Sarah was chairman of the Basildon Young Conservatives. While at university she was chairman of the Brunel University Conservative Association and Secretary of the London Conservative Students. While at university she also worked as a parliamentary researcher for Sir George Gardiner MP. At the age of 21, Sarah was elected to Basildon District Council, serving from 1987-1991, and she contested the seat of Belfast East in 1997 General Election.

Sarah studied law at Brunel University from 1983-1987, and at the Inns of Court School of Law between 1987-88. She is a member of Lincoln's Inn and was called to the Bar in July 1988. She worked as a family law practitioner for over 30 years, latterly at 3 Paper Buildings in The Temple, London, dealing with divorce, including complex financial and business assets, care, adoption, international child law and child abduction and related issues.

"My thirty years of experience as a family lawyer has meant that I have dealt with many of the issues facing today’s society. I have represented many people with the assistance of Legal Aid. I am particularly interested in supporting young and vulnerable families and the elderly."

Sarah was elected as Member of Parliament for the Derbyshire Dales constituency in the 2019 General Election with 29, 356 votes, a majority of 17, 381. Sarah made her maiden speech on 17 March 2020.

"In addition to trying to meet as many people as possible in Derbyshire Dales on the doorsteps, on the pavements, in the shops and on farms, I have also been in constant touch with County Councillors, District Councillors and Parish Councillors with regards to day to day issues facing the Derbyshire Dales."

Sarah was appointed as the Parliamentary Private Secretary to the Secretary of State for Northern Ireland, Rt Hon Brandon Lewis MP, CBE.

She has been a member of the Justice Select Committee since 2 March 2020. The Justice Committee examines the policies and spending of the Ministry of Justice (and associated public bodies). This includes courts, legal aid, prisons, probation and the rule of law. It also advises on sentencing guidelines.

"As someone who has benefited from the National Health Service, I am absolutely committed to increases in its funding to meet the growing demands of an ageing population that is also living longer, with multiple health needs."

On 2 March 2020 she was appointed to the ad hoc Select Committee on the Armed Forces Bill.

She is a member of the British-Irish Parliamentary Assembly.

Sarah is the vice-chairman of the All-Party Parliamentary Groups for Policing and Security, Environment, Pacific Islands and Norfolk Island and is also a member of the following All-Party Parliamentary Groups: Legal and Constitutional Affairs, Farming, Peak District, Trade and Export Promotion, Sovereign Defence Manufacturing Capability, Rural Business, Small and Micro Business, Ireland and the Irish in Britain, Social Media, Women in Parliament and Endometriosis.

To relax she enjoys gardening, embroidery, listening to opera and playing the Cello.