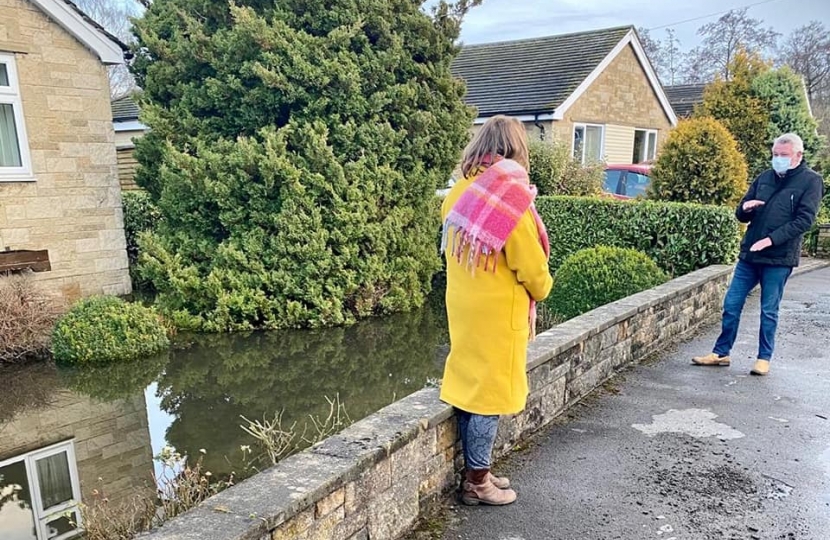 Sarah Dines MP said, ‘The flooding in parts of Derbyshire Dales was once again truly harrowing and we must thank all those within the affected communities who worked so hard to off-set the damage alongside the Green Team of the District Council and the Environment Agency. I have spoken to several residents whose homes were flooded and will be drawing up a list of recommendations in consultation with them, that I will be taking up with Minister Rebecca Pow (Minister with responsibility for flooding).  Please can residents contact me at sarah.dines.mp@parliament.uk if they have any recommendations they would like to make in terms of flood prevention.

It was shocking to see the damage to the road and paths in part of Bakewell. It was also upsetting to see the damage to people’s homes and gardens. I would like to thank the Environment Agency, the Police, Fire and Mountain Rescue Service for all their hard work and also the members of the community including local Councillors in Bakewell and the District Council Green Team who helped tremendously and kept me up to date throughout the night on the 20th.

The County Council have announced their flood grants, so please do apply if your business or home was affected by the flooding.’

Residents in Matlock Bath and the surrounding area have contacted Sarah Dines MP to see what can be done to tackle littering in the area. Sarah Dines met with Paul Wilson and Ashley Watts from the District Council yesterday to discuss how they will be managing litter.