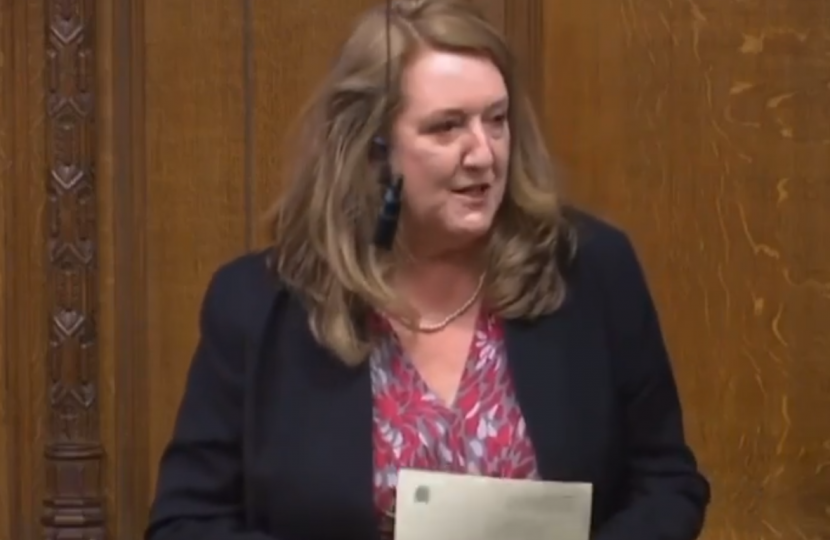 Yesterday Sarah Dines MP spoke in support of the Police, Crime, Sentencing & Courts Bill in the House of Commons.

Through the Police, Crime, Sentencing and Courts Bill 2021 the Government are going to:

Sarah Dines said, ‘Yesterday I spoke in support of the Police,  Crime, Sentencing & Courts Bill. I spoke in support of tougher sentences for serious crimes and in favour of the new crimes in relation to illegal encampments where vehicles can be seized and trespassers banned from returning to the site where they have camped illegally, for 12 months.

There is to be a much needed overhaul of sentencing laws to keep sexual and violent offenders behind bars for longer. The law will be strengthened in relation to preventing adults working in positions of trust with young people under 18, such as sports coaches and religious leaders from engaging in sexual relationships with young people under 18, in line with other occupations such as teachers and doctors. This is vital to make sure we are protecting our young people from anyone in a position of trust and I know this change will be welcomed by many parents and caregivers.

This bill will also give police the powers they need to swiftly and effectively tackle illegal encampments. This has especially been as issue around Bakewell, Ashbourne and Matlock where illegal encampments have occurred repeatedly. To be clear, those from the Travelling community that the Council owe a duty to, will continue to have access to support and in the future a permanent site will be provided, as required by law. The Council must provide a permanent Traveller site, in not doing so they are failing travellers and residents alike.

This new offence will enable the police to fine or arrest those residing, without permission, on private or public land, in vehicles, in order to stop significant disruption, distress or harm being caused to the law-abiding majority. I have listened to my constituents and I know that these actions are welcomed and will have a positive impact on their lives.

The Conservatives promised a strengthened police force and we meant it. There is a lot in this Bill. It is great to see the government striving forward with these manifesto commitments. I know from my post bag that action on these issues is very welcome in Derbyshire Dales.’

I am committed to ensuring that our rivers and streams in the Derbyshire Dales are kept clean.